For more general information on the network set up, refer to the following resources.

The PiLO has one network interface located at the back of the SEE server, see Network Ports. All necessary functions relating to the powering on and powering off of the SFP (hypervisor) are controlled by the touchscreen located on the front panel. The network interface allows you to access the GUI (on the touchscreen) via a web browser connected to the same subnet as the PiLO.

While the PiLO provides the necessary functionality via the front panel (or a connected web browser), it is the Trust Anchor (TA) that responds to these functions. For example, pressing Power On on the PiLO simply communicates this instruction via a dedicated serial line to the TA. The TA then determines whether or not the SFP will be powered on. If, for example, the SFP OS fails a signature check, the TA will not power on the SFP.

Note that the PiLO doesn't need to connect to a network. When your application is deployed, any network connection to the PiLO should be removed.

The PiLO network port and IP4 network address are pre-configured, allowing you to SSH into the PiLO and connect a web browser to the PiLO for easier configuration. The default user on the PiLO is root and the corresponding password is root.

The SSH access allows you to customize the PiLO user interface of the from panel (or connected web browser) by for example modifying the CSS (Cascading Style Sheets) which is part of the web source code.

There are no sensitive data stored within the PiLO and no mechanism to communicate directly to the TA. All commands and/or data sent to the TA are parsed by the TA and are either rejected or interpreted. Actions that require authentication and authorization cannot be bypassed by accessing the PiLO directly.

The PiLO NETWORK page allows you to modify the default IP4 address. This is useful if you want to connect a web browser to the PiLO and remotely access the PiLO for easier administration.

The following example shows using the onscreen keypad to update the network address fields (the IP4 addresses should be replaced with your values). 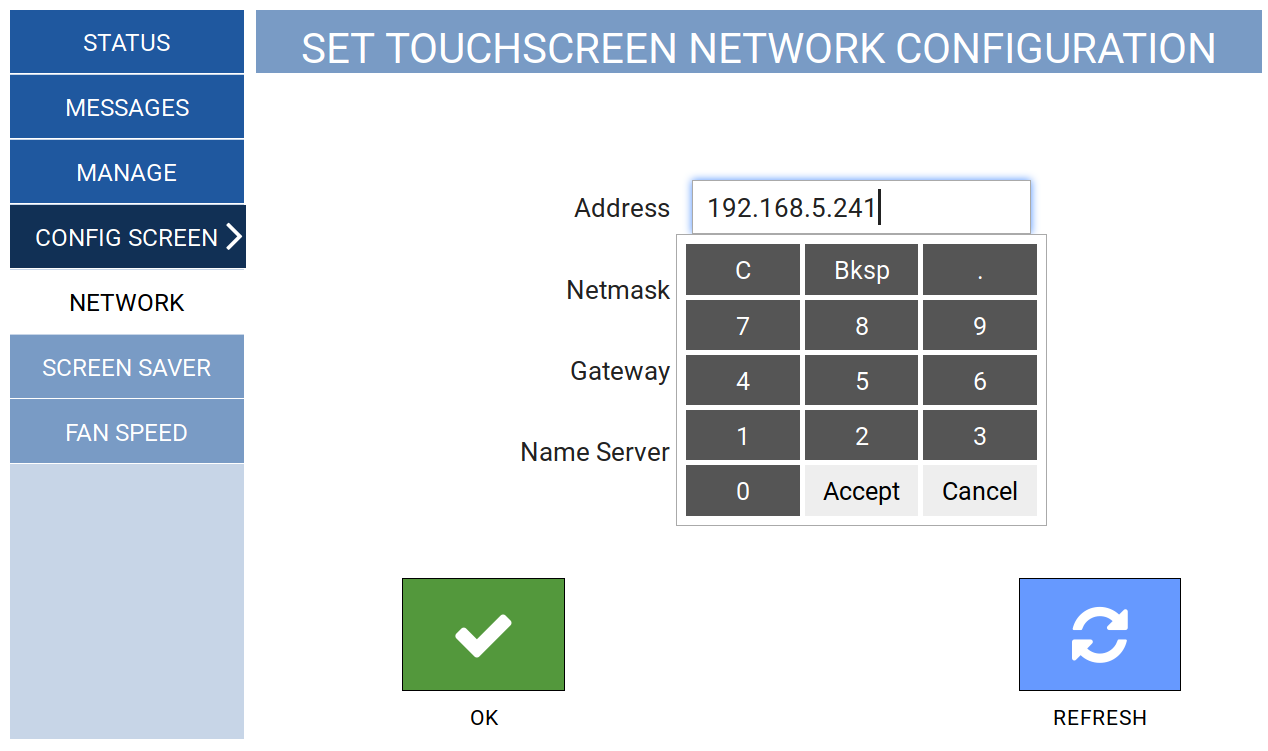 To reboot the PiLO and ensure that your updates take effect, select MANAGE and press REBOOT TOUCH SCREEN. To confirm that the network address configuration is updated, select CONCIG > NETWORK and press REFRESH.

The Trust Anchor (TA) has no network ports available for connection since it is embedded within the epoxy resin and no direct access to it is available. The TA has two serial ports: one port to respond to commands from the PiLO and another serial to respond to commands from the SFP (when the SFP is powered on). Note that the TA will respond to a limited number of requests only. Any other data sent via either serial line which cannot be parsed and therefore interpreted will be dropped.

The SFP is delivered with the network ports ETH0 and ETH1 pre-configured with a set of network IP4 addresses, see Network Ports.

The eth0 network port is configured with a default IP4 address. Its primary use is to allow access to the SFP, either via ssh or via a web browser.

To modify the network address, for example, to access the SFP, select the PiLO option CONFIG PLATFORM > NETWORK and edit the address of the network port eth0. 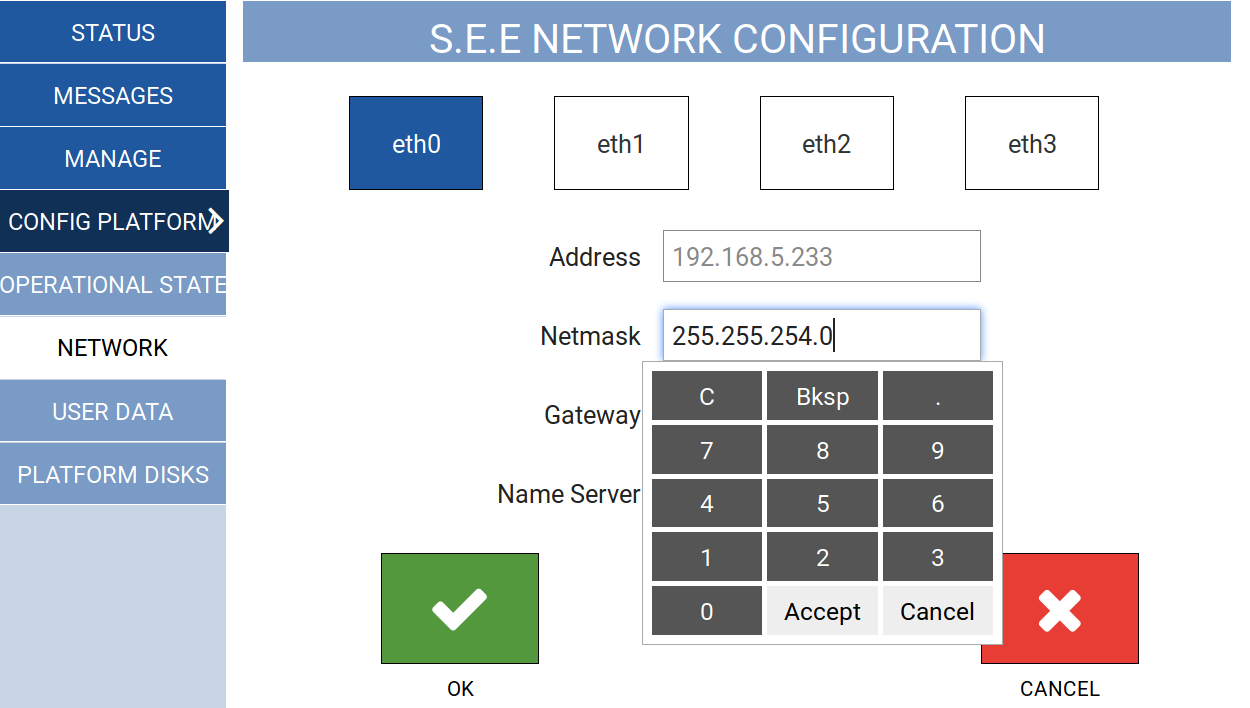 The SFP was must be powered on before you can access the existing default network address to make the necessary modifications. Once the SFP is powered on, display the current network port configuration by pressing the relevant button, in this example eth0. The top bar of the PiLO under MANAGE should be green and display SEE IS CONNECTED TO SFP, indicating that the SFP hypervisor is fully functional.

Unless you require all four of the SEE network ports to be used by your application(s) within one or more virtual machines, the network port eth0 should be reserved for the following administrative tasks: