The PrimeKey SignServer team is pleased to announce the release of SignServer 5.2.0.

Since the SignServer Demo Web is not used exclusively for demonstration purposes but is also widely utilized in production, the former Demo Web has now been renamed Client Web.

We have also improved the new Client Web forms for submitting signature requests and updated the interface. 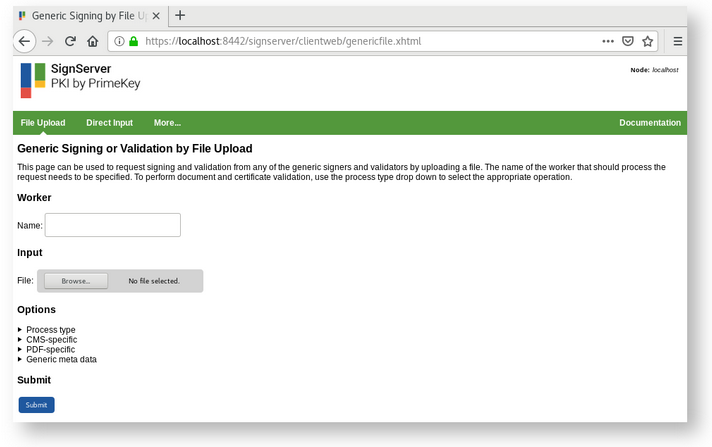 The former SignServer Administration GUI is as of this release deprecated in Signserver Enterprise and removed in the Community edition.

We have added AdminWeb drop-down lists allowing you to choose among available options when specifying the key algorithm and key length/curve when generating keys or certificate signing requests.

You are thus no longer required to type the name of the algorithm or key specification manually but can choose to do so if another option than the ones listed is desired.

For full details of fixed bugs and implemented features in SignServer 5.2.0, refer to our JIRA Issue Tracker.

DSS-2017 - Regression: HealthCheck tests failing as a new test is not cleaning up