Who is an Administrator?

Administrator privileges are configured via the Roles and Access Rules page in the CA UI or by using the CLI. If you have locked yourself out of the GUI, the CLI can add another admin certificate to allow continued operations.

The following properties in web.properties affect how administrators are authenticated:

Administrators are given access rights based on what role(s) they belong to, and are identified by being members of that role. 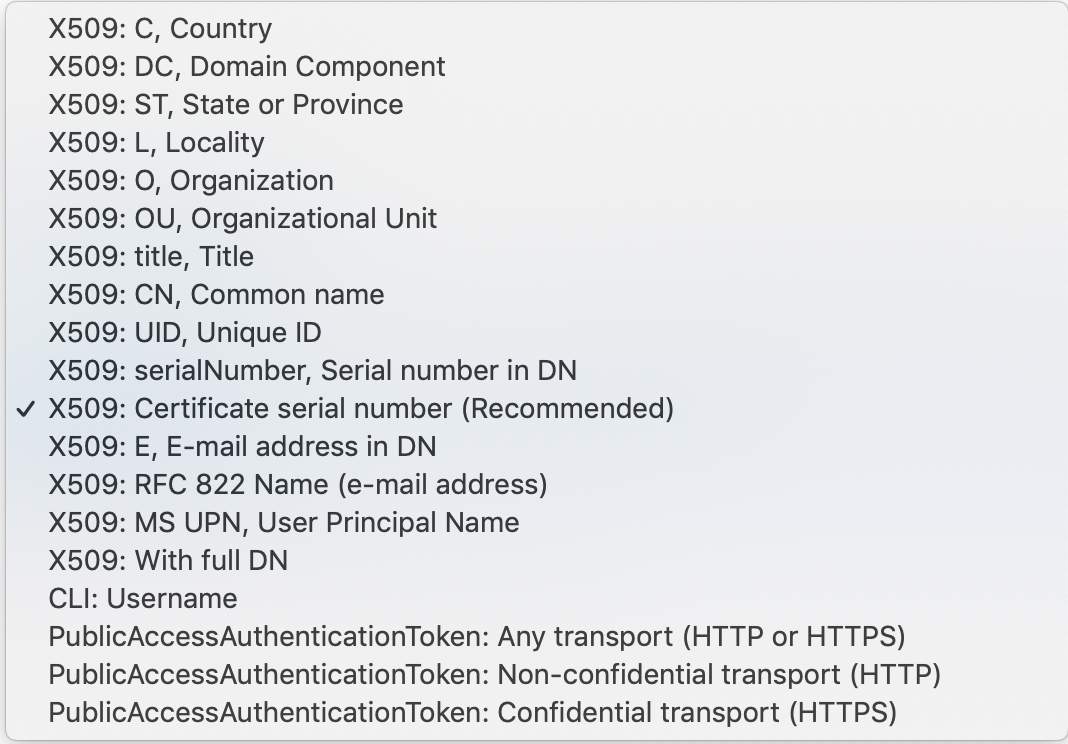 Roles are also used for limiting access for other instances of EJBCA connecting over Peers, which allows separate RA instances to interface against the same CA agnostic of each other.

Note that any role meant for proxying RA operations over peers will be limited to a restricted set of access rules about RA operations, mitigating the consequences of an RA instance becoming compromised.

A concept in roles management is Namespaces. Namespaces are used to create a partition between sets of roles, to reduce the risk of mistakenly assigning an administrator belonging to one organization to a role belonging to another.

Roles with editing rights to other roles will only ever see or edit other roles belonging to the same namespace, so it also allows for delegation of role administration, which is a typical use case of Managed PKI solutions.

For more information about working with namespaces, see Namespace Operations.

Access rules are used to authorize specific actions in EJBCA, ranging from activating crypto token keys to creating end entities to managing the access rules themselves. Access rules can be managed in two ways: either by setting them using one of EJBCA's Role Templates or by editing them manually from the Access Rules list in the advanced mode. Often a combination of the two is used - a predefined template to start off and then fine-tuning by giving or denying access to individual rules.

EJBCA Access Rules inherit the state from their parent rule by default, unless individually specified. Each access rule consists of the states Allow, Deny and Inherit.

Upon saving in the Advanced mode the access rules are normalized, meaning that any specific rules that are redundant are set back to Inherit. The advanced mode also provides a summary view to verify what rules have been set. 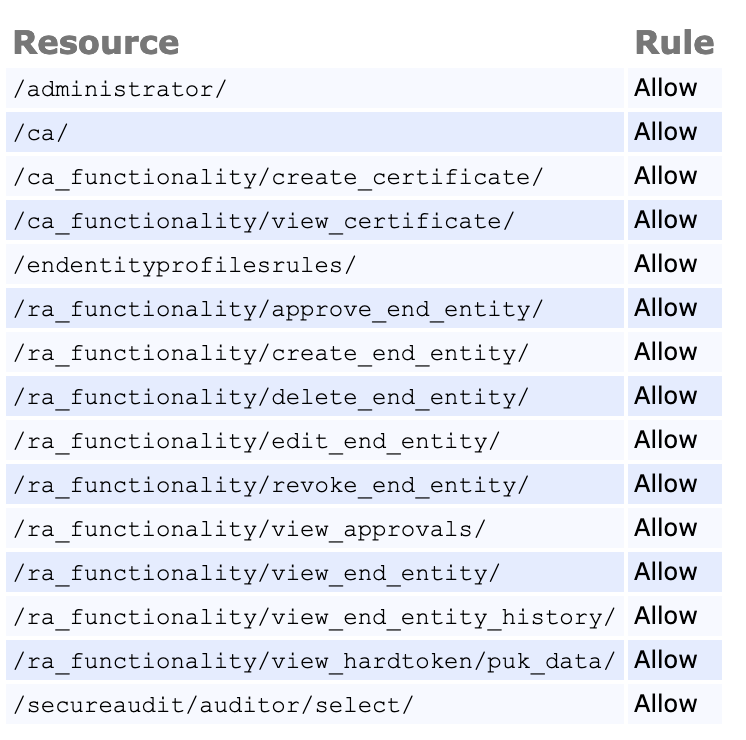