Using the role management pages, the desired namespace to be associated with the role may be selected, or a new namespace created. 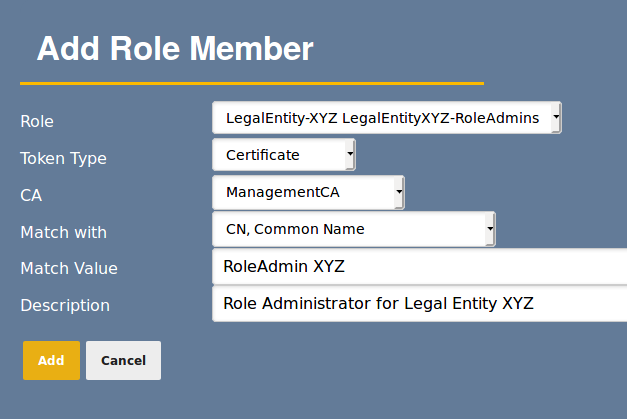 A typical process when using Namespaces is to have two organization, OrganizationA and OrganizationB that can:

A process to configure the above is:

Role and RA administrators can only perform their tasks in the RA UI, unless they have the access rule /administrator/ in their respective roles.