The scenario that is about to be implemented is also described in the section Using External CA for Installation. The EJBCA Hardware Appliance that hosts ROOT CA (node B) will be offline after is finished with signing SubCAs in node A. Compare the following illustrations:

Node B with RootCA installed 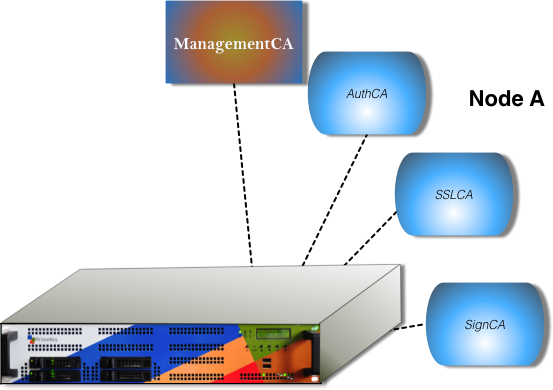 Node A with SubCAs and ManagementCA installed

The steps to perform are described in the following sections: